In 1925, the deceased Reverend Mr. Baiho Akimoto, a Buddhism priest of the Jinryuji temple started the first competition using his own money in order to save the business people from the recession during that time, for a memorial service for the Kasumigaura Naval Air Force members died in the war, to thank harvest in autumn, and to comfort farmers.

After that, the deceased Mr. Giichi Kitajima, a pyrotechnist of Tsuchiura and a chairman of the Japan Fireworks Industry, carried this competition forward. Therefore this is known as No.1 competition of its kind in Japan with its history and tradition.

This competition is of course to contribute the improvement on the techniques aiming at the highest level in its quality, scale & contents, but also this is a big entertainment of sound & light to give dreams and impressions to all spectators.

The competition consists of three divisions, Starmines, Size 10 shells, & Original displays. Each award including the Minister of Economy, Trade & Industry will be given to a winner of each division, which becomes very characteristic of this competition. Especially, the Prime Minister Award given to the best of winners of three divisions is a goal for the fireworks manufacturers throughout the country. This is the best stage for them to show and prove their skills which are highly qualified even among the industry of the world highest level.

This is also a characteristic of this competition that about 2400 volunteers and citizens support the work of information service on the day of the competition and the work of cleaning the place on the next day.

Map of the surrounding area for the fireworks competition

⇒Map of the surrounding area for the fireworks competition （Click Here) 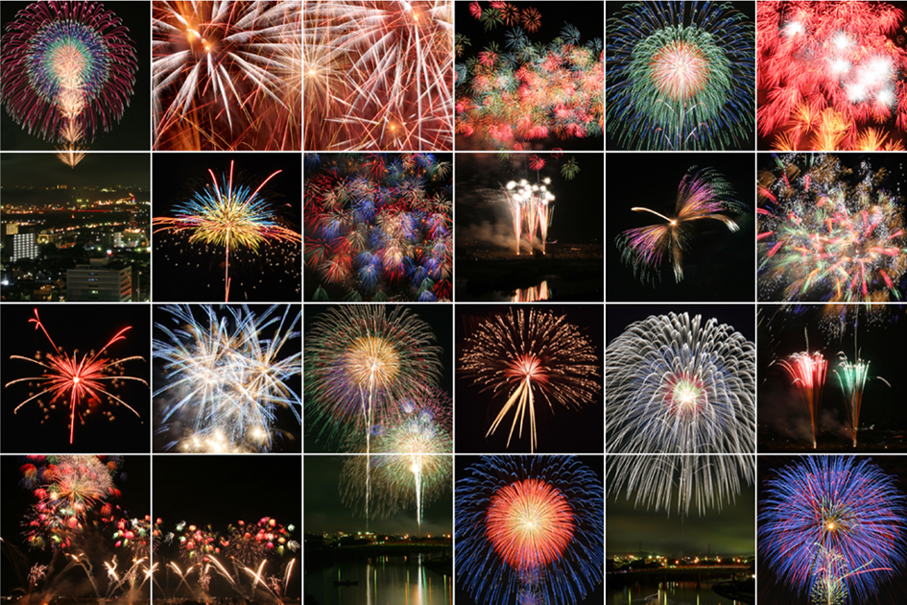